Interview with Tilen, a travel nurse working in Sweden

Interview with Tilen, a travel nurse working in Sweden

We spoke with Tilen, a nurse from Slovenia who learned Swedish and had the opportunity to work as a travel nurse in Stockholm with our help. We asked him to describe his experience and share tips to encourage those considering moving to Sweden.

When we talked to him, he was at home in Slovenia after two months working in Stockholm. He explained that he enjoyed a lot working in Sweden, and he mentioned that living in the capital was an important experience for him, a charming city where there’s always something to do. He also had time to explore other nearby towns accessible with public transport like Uppsala, Södertälje, and Nynäshamn, among other places.

First impression of Sweden and Swedes

Tilen got along very well with people he met, and he especially mentions his landlord, who was very friendly and helpful. She even invited him to a typical Midsummer celebration. Since he had learned a lot about this celebration during the Swedish course, he was looking forward to participating to see what it would be like.

“There was a lovely party atmosphere, and the food was great”, he said. “It was something different. But it’s not just about midsummer; it’s about many things”, he continues.

Tilen explained that he felt very ready when he finished the language course. Still, after arriving in Stockholm, he found out that people talked way faster than he was used to; some people spoke English to him if he hesitated or had a hard time. But, after few weeks of his arrival, he could pick up the paste!
Today, Tilen still has contact with the other participants from the Swedish course; they created a group on WhatsApp where everyone shares their experiences.

Tilen states that everyone at MediCarrera is very kind, nice, and helpful.

“They always answer emails and all questions, which in my opinion is very important. I do not have anything bad to say. I am very grateful for everything”.

Unfortunately, Tilen encountered some problems due to the healthcare systems in Slovenia and Sweden, but he says that it was nothing that MediCarrera could control. Things were not going as he expected, leading to some frustration, but thanks to the support from MediCarrera, he always felt that we were there for him and that everything would work out and be fine. 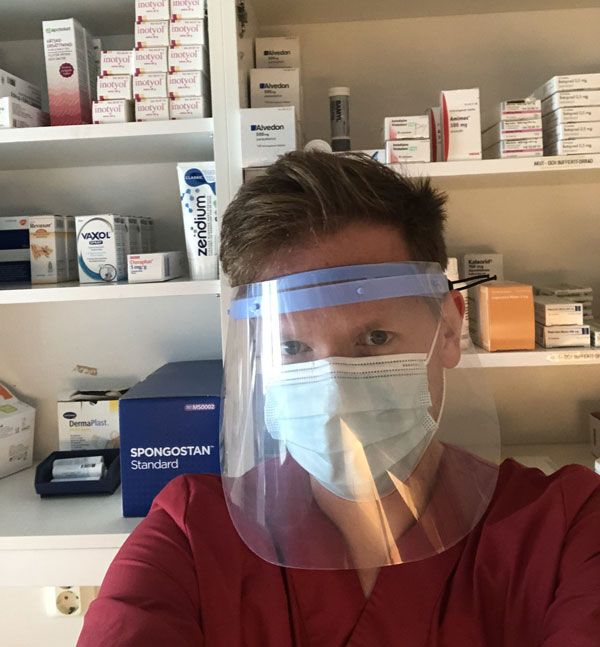 Differences between Sweden and Slovenia

The differences are enormous between working in Sweden and Slovenia. He admits that it is an entirely different system and culture at work in Sweden. For example, there is much more staff in Sweden than in Slovenia, making it possible for nurses to do their jobs correctly and attend to every patient. There are three or four times more patients in Slovenia than at the nursing home where Tilen worked in Stockholm. “In Slovenia, unfortunately, you can not attend to everything, and it is very frustrating for me”, he explains.

In Sweden, Tilen was free every weekend, which made a big difference from his work in Slovenia. According to him, the big difference may also have had to do with his not working in a hospital in Sweden. No matter what, he did not experience himself as tired in Sweden as he was in Slovenia, which led to him doing more things after work.

Every patient in Sweden has an apartment in the elderly home, which is a big difference. In Slovenia, it is common for two or three people to share a room in a nursing home unless you pay extra. Pensioners in Slovenia also have to pay much more, even though the pension is not so good.
He appreciated in Sweden that as a nurse, you have the opportunity to advise the patient. According to his personal experience, people show much more respect for others in this country. He adds that he can not compare Sweden with all of Slovenia, but this is his opinion of the places he has worked in so far.

The colleagues in Sweden

Tilen told us that his new colleagues were always happy to help him when needed and that all the assistant nurses and other staff in the departments were very nice. They used to have “fika” (coffee break) together and never felt uncomfortable asking them anything. He often asked questions about how to say things in Swedish and said that all of them were helpful and fully understood his situation.

Tips for others who are moving

When we asked Tilen if he has any tips or advice for others considering working as a Travel nurse, he answered that the most important thing is that you dare. In addition to this first step, he also says that it is essential to learn the language. He knows that it can be challenging, but his advice is to constantly remind yourself that it will be hard for a limited time and that it will then get easier and easier.

“It is better to do it now than later. One day it may be too late”

Tilen also mentions that it can help a lot if you learn a little about the new culture before the move. If you come from another culture, he says that it can be good to keep track of some things to understand better how Sweden works.

We are grateful to have had this interview with Tilen and have him on our team as a travel nurse. If you want to learn more about this new and ideal concept, contact us here.