PETRA specialized in child- and adolescent psychiatry and came to Norway in January 2014 to begin work at Kongsberg hospital. She brought with her both her husband and two dogs and all four are very happy with their life in Norway, possibly the dogs most of all since they live in a house with a large garden and nature just beyond the doorstep.

Petra and her husband, who is a computer consultant, took the intensive Norwegian language course of MediCarrera in Ljubljana. The course was very intensive, with 5-6 hours of classes every day, in addition to homework. Petra remembers the almost four months the course lasted as a nice time: “We worked quite hard, but I thought it was a nice change and that it was good to be able to take a pause from the job as a psychiatrist in order to learn a new language”. 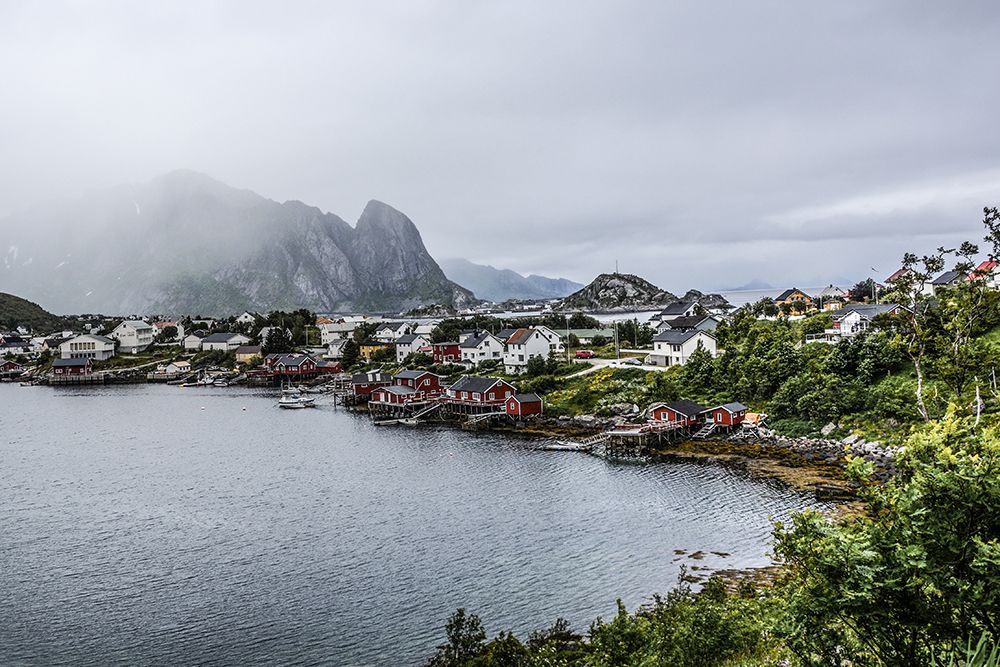 Upon arrival in Norway, Petra started working at once and at the hospital, they were very satisfied with her level of Norwegian. Petra thinks that solid language training is very important. “You need to be able to speak Norwegian very well in order to work in child- and adolescent psychiatry”, she emphasizes.

Her husband was also very happy that he had the opportunity of learning the language since he had four job interviews shortly after their arrival in Norway and was hired as a computer consultant in a private company partly because of his good level of spoken Norwegian.

As for Petra’s motivation for seeking a job outside of Slovenia, this had to do with the situation in her home country. “The situation isn’t so good in Slovenia, neither economically nor job-wise, and I felt that I couldn’t work under optimal conditions”, Petra recalls. “So I decided to try something else in a different country”.

From the very beginning, they both liked Norway, which they saw as the perfect country for two active people like themselves. After having studied the website of MediCarrera, Petra decided to contact them in January 2013. She wrote down Norway as her first choice but was informed that, most likely, the possibilities were greater in Sweden, so she was a bit unsure about how long it would take before she received a job offer for Norway. However, things turned out to happen very fast: after only two weeks she was asked whether she would be interested in working at a hospital in the north of Norway, but she decided to wait and see if any offers arrived for working a bit further south. After only one month, she was offered a job in Kongsberg, a small town close to Oslo.

In March she travelled to Kongsberg for her interview trip and both she and her husband thought it was a very nice place, not too big and with lots of nature. “The interview trip was very well organized”, Petra recalls. “We were shown around and had the opportunity of seeing both possible places to live and places to practice our hobbies, including a stable, which was nice since horseback-riding is one of my main hobbies”.

“In Norway you generally have more time for the patients and for discussing cases with your colleagues.”

Medicarrera handled all the practical issues related to the move and made it simple to find a place to live. “With two dogs we were concerned about how to find a house to rent, but with MediCarrera it was simple”, Petra explains. The only thing that made the move a bit complicated was the fact that they had to wait around 10 days for the Norwegian identification numbers and in the meantime, they could neither open a bank account nor contract an internet service. “It was a bit difficult, but everything worked out in the end”, Petra remembers.

At work, she was very well received. She was able to make a gradual adaptation, where she received training in the computer system that they use at the hospital and also was able to participate in conversations with patients. “The colleagues explained everything and were friendly and open for questions,” Petra recalls.

After one month, she had her first patient. It wasn’t easy to familiarise herself with the Norwegian system since the child- and adolescent psychiatry involves both the health and social systems and the education system. Now, after nearly one year in Norway, Petra highlights some differences: “In Norway, you generally have more time for the patients and for discussing cases with your colleagues. Everything isn’t better in Norway, but in general, it’s a system that works better”.

Petra and her husband have adapted well to Norway and have plans to stay for a long time. In Slovenia, Petra had a horse that she decided to sell when they moved to Norway, but now she has bought a new horse in Norway. They have also started considering buying a house. In their time off they are very active, they go biking, running and skiing, and they have made a few friends. They also have contact with other people from Slovenia who live in Oslo. They have also had a few visitors from Slovenia and travel there quite often as well as keeping in touch by Skype. “In many ways, we are in closer contact now than when we lived in Slovenia!” Petra exclaims.

If she were to make the decision again, she would have chosen the same thing: Norway and MediCarrera. She feels that the help she received from MediCarrera was priceless, especially with regards to the paperwork involved in obtaining the necessary specialist licences in order to be able to work in Norway.

It’s obvious that Petra and her husband have adapted to life in Norway and to the Norwegian climate. “The winter last year wasn’t particularly cold and the temperatures rarely sank below minus ten degrees. Now we are waiting for winter, we like it when it snows!” she exclaims at the end of the interview. This winter they have plans to travel north hoping to see the Northern Lights.